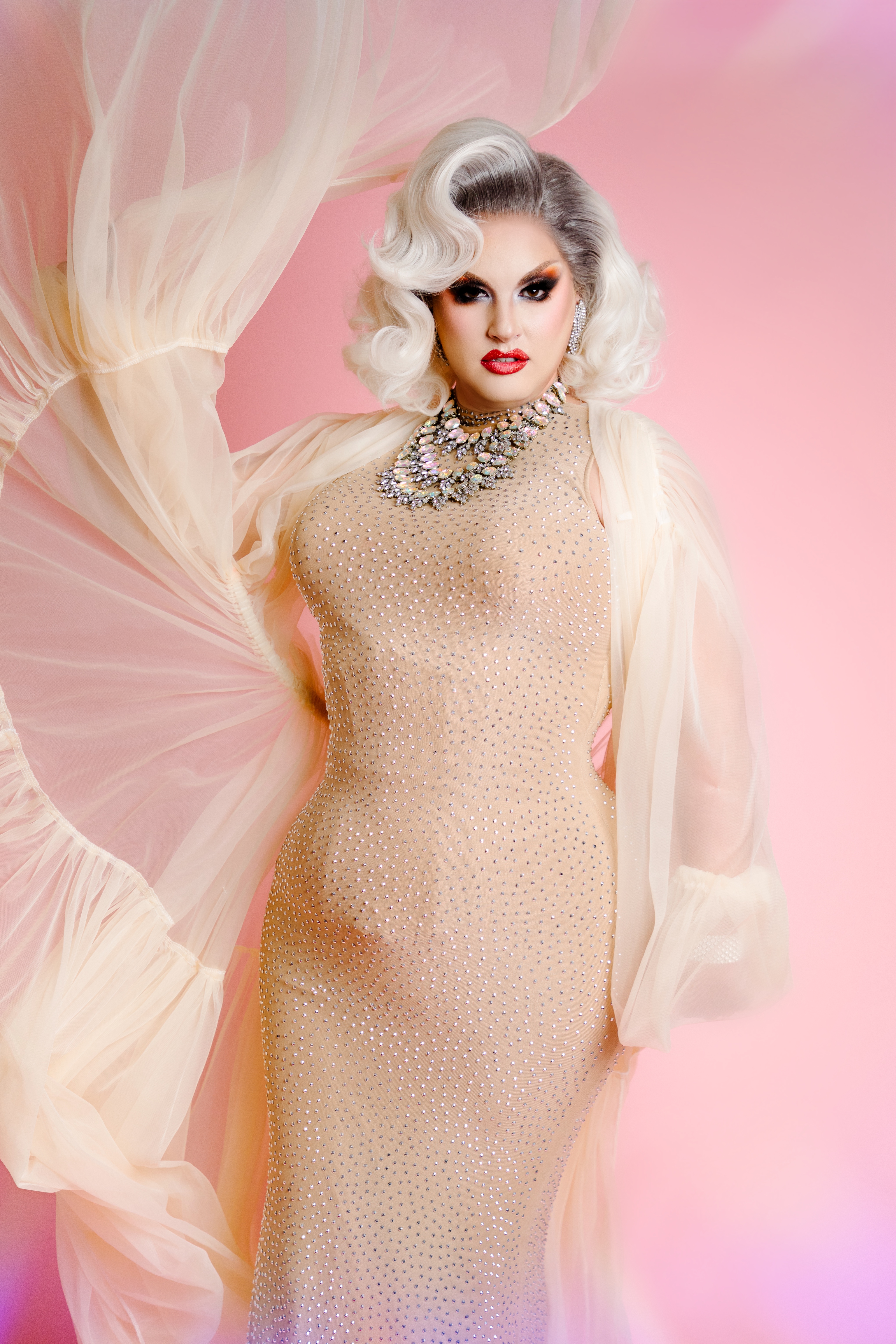 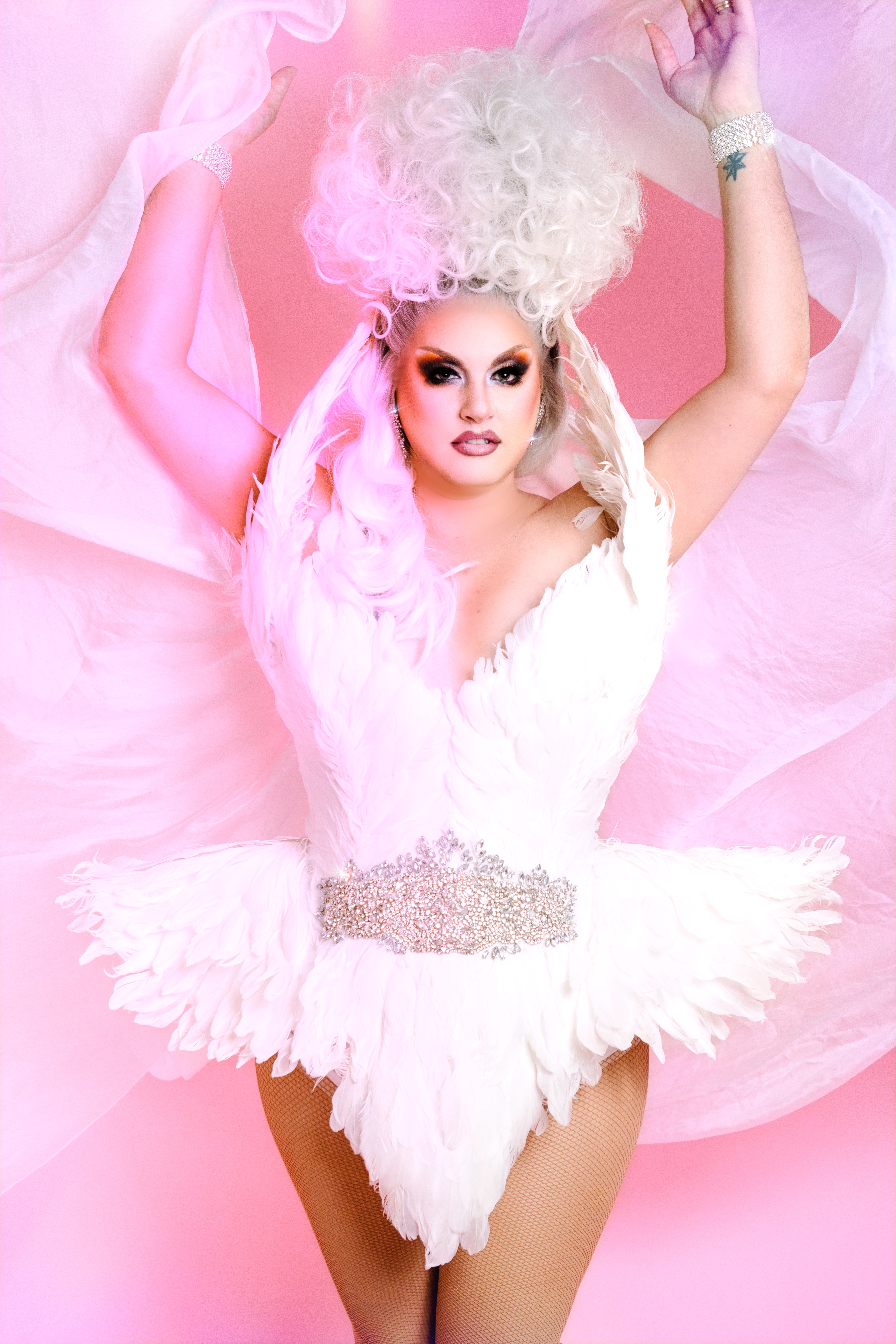 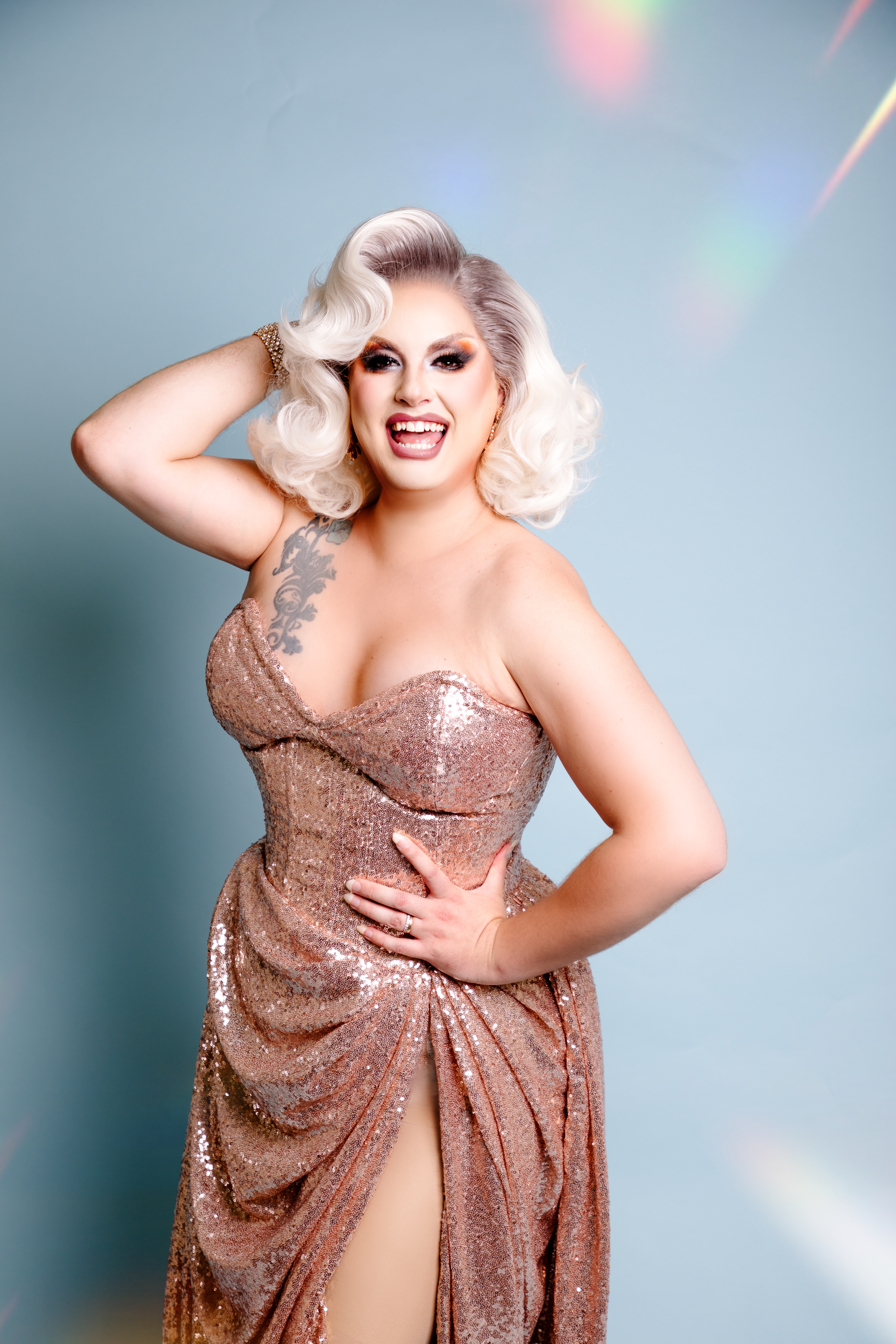 Having moved to Melbourne from Perth WA with their partner Russell, Esther (a.k.a Kristian) first appeared on the Melbourne drag scene, early 2014, in a drag competition at one of the leading gay clubs at the time, Esther was born from Kristian practicing their make-up skills for drag during that year, before going to study to become a qualified make-up artist and wig stylist in 2015. Esther ended up returning in 2016 to the same Drag competition and made it to the Semi Finals! (not without controversy, but that's another story), where she competed with many queens who have since become some of Melbourne's finest entertainers, from then Esther has gone on to perform on many stages throughout Melbourne, cementing themselves as a highly glamorous, live singing drag queen.

After coming 1st runner up in 2017 Esther Won The Miss Gay Australia International Pageant 2018 confirming Esthers status as a professional and talented Beauty Queen of many talents who when she puts her mind to something she gets it done and does it RIGHT! During their reign Esther used the Miss Gay platform and title to tour Australia and Internationally, raising awareness for the pageant within the community and going on to Produce the 2019 award winning 10th anniversary event making it the biggest and best Pageant yet! Esther's mission was to bridge the segregation within the LGBTQIA+ that we are all one family and we should be supporting each other no matter who or what we are.

Also in 2019 out of drag Kristian appeared on the ARIA Award Winning TV show ABC's The Recording Studio where they take everyday Australian's and give them the opportunity to professionally record a song. Kristian recorded a cover of Shania Twain's - "From This Moment On" as a love letter to their husband Russell, for them to play at their wedding to walk down the aisle, their wedding was one of the first same sex weddings in Australia to be televised on national TV!

Since her drag debut, Esther has made quite a name for herself on social media in the drag world by creating fierce looks and starting her successful wig styling business Styled by Esther, which has become well known within the local Melbourne community, Australia wide and even Internationally! Esther has styled wigs for many celebrities including quite a few Rupaul's Drag Race Alumni, like serial contestant Jujubee, UK vs The World Winner Blu Hydrangea, Drag Race Down Under's Winner Kita Mean, Canada's Drag Race Winner Priyanka, Aussie superstar Karen from finance, Miss Congeniality and Fan Favourite Anita Wiglit, just to name a few. One of Esther's most exciting opportunity's was to work with singer-songwriter Tones & I, by styling two wigs for her music video "Won't Sleep" also working on set as Tones' personal wig stylist while shooting the video.

Growing ever popular on TikTok Esther was a featured drag queen on the TikTok float for the 2022 Sydney Mardi Gra Parade where she was a back up dancer for singer Wafia as she sung her hit song "I'm Good" in the lead up to the Parade Esther was interviewed for Channel 7 Online and Junkee.

Having been classically trained in voice at WAAPA in their youth, Esther was one of the first singing queens in Melbourne, as most queens lip-sync when  they perform, singing gives her a point of difference from her peers. Esther style and beauty is old Hollywood glamour, a singing starlet that loves to shine in the spotlight. With an extensive back catalogue of music to choose from she is perfect as entertainment! 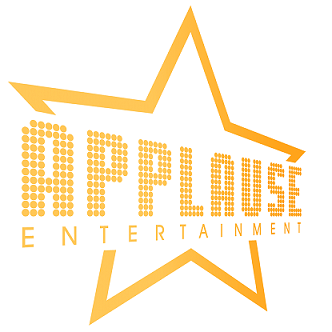